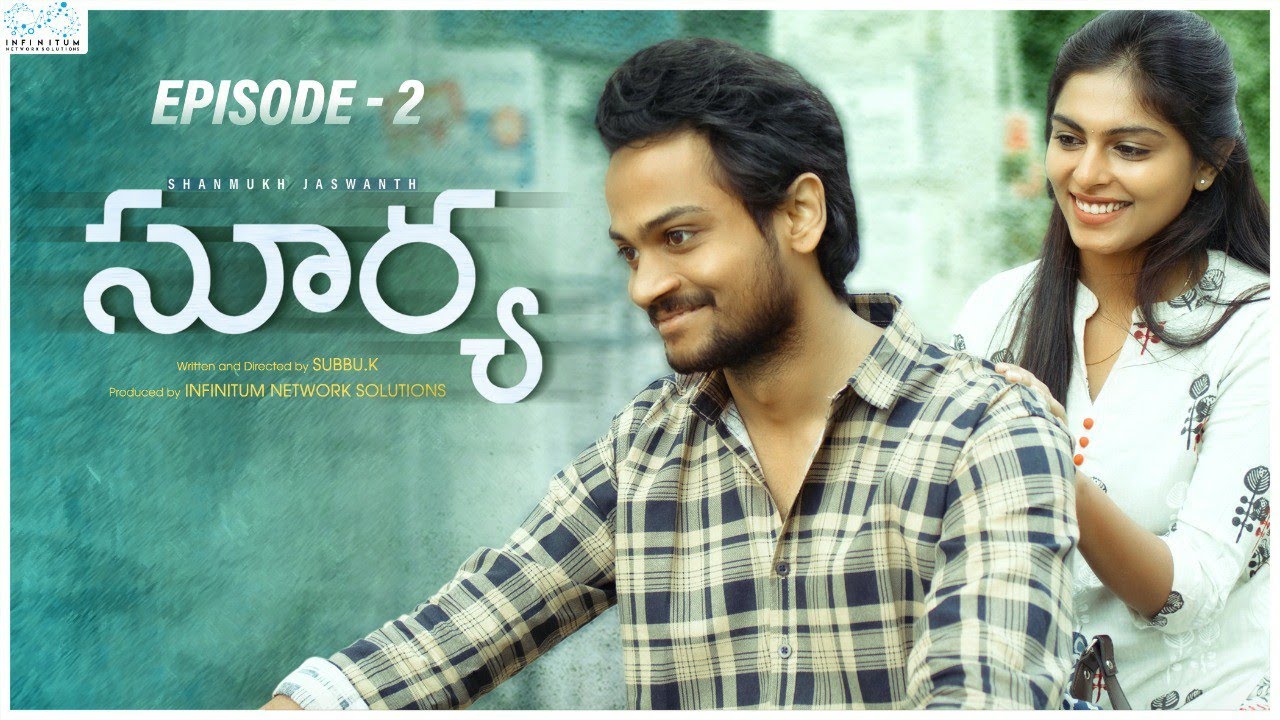 Suriya (Shanmukh Jaswant) is a typical middle class boy who is unemployed at home after completing engineering. Due to the financial burden, the pressure of the father is increasing as the days pass. He also has an unmarried but educated sister at home.

Surya also has unemployed friends with whom he spends all day and a lovely working girlfriend. How Surya overcomes various challenges and what happens in the end comprises the main plot of the inspiring story which is Surya.

Shanmukh Jaswant is perfect for the role of Suriya. His mere presence looks like the embodiment of middle-class youthful spirit. So his every action fits neatly with the situation. It’s more of a good casting rather than excellent ‘acting’. That doesn’t mean Shanmukh didn’t do well or didn’t try. He has done well in all the light-hearted parts and some emotional blocks at the end. The issues one can realize are with the ‘heroic’ bits. He never comes that way. Fortunately, we mostly only ‘hear’ about it rather than ‘see’ it. The heavy ‘current’ relating to Surya’s drab and conflicting personality moves the story forward, and that works well.

Subbu K Surya writes and directs. The story of the series does not offer anything new. It is an age-old plot highlighting the plight of middle-class youth, but it is done in a contemporary setting. In this too Surya does not give anything new, but still it succeeds in clicking.

To begin with, Suriya is a ten-episode series which gives a very long impression. Ok, but in the case of Sun it works positively. The length adds to the mood created, and once one is attuned to the sensations on display, it is a smooth flow.

The biggest assets of the series are the recognizable characters and emotions. Surya is a neat reflection of the typical middle-class youth and ideals. From fathers to friends and other people they encounter, chances are high with personal identities.

As mentioned above, the supporting characters are well written and composed. They are modern yet reflect an old world charm. For example, the sister track isn’t overdone, but impressive. It’s the same with the parts of friends and fathers and their conversations and confrontations.

An important reason for all the emotional impact is that we haven’t seen anything like it in recent times. This is what ‘Supergood Films Productions’ used to do so well in its heyday. He had manipulative feelings, but it all worked out in the end. It is also when we remember them that we realize that the overall acting in Surya could have been greatly improved. But, as it is, it is not completely closed.

The emotional payoff in the end, despite all the clichés and routines, is what makes Sun successful. It manages to acquire an inspiring quality and gives off an uplifting vibe.

Overall, Suriya is a handy one time watch for its emotional appeal and positively inspiring ending. It has clichés galore and it’s manipulative, but it works. Give this a try if you like regular, emotional drama with middle class sensibilities.

Whether it is a film or a series, one of the key signs of success is an instant recall of the actors who starred in them. Sun manages to get it. Fathers, mothers, friends, sisters, lovers and other small supporting actors stay with us. None of them gave an exceptional performance of ‘acting’ but they are well written parts with clarity and endings. And so, they stay with us.

Music and other departments?

Suman Vankara’s music is fine. Although singing on the finale stage is better. The background score also repeats a lot after a point. it could be better. Cinematography by Vamsi Srinivas is excellent. It follows typical scenes seen in the low budget web series space. Editing by Krishna Karthik Vunnawa is fine. It is simple and serves to evoke emotions. The writing is fine and is a major reason to maintain interest.