Let’s check the written update of Namak Issk Ka. In the latest episode of Colors Television’s show, Yug reaches to Rani and Lucky. After reaching there, Yug asks them to come with him to his place.

Lucky doesn’t understand and asks Yug that why they should go with him since they have no relation with each other. Yug tells him that their sister is married to him now so with that relation, they can come with him to live with their sister as well. Lucky doesn’t get happy and recalls the older moments instead.

Lucky recalls the moment hen that Thakur forcefully tried to marry their beloved sister. Lucky believes that he has also married Kahani forcibly so he doesn’t want to go with him. Lucky gets angry and starts saying bad words to Yug thinking all men are the same. Yug doesn’t believe what the kids are interpreting. He calls Kahani but before he could tell her anything the latter starts getting on him for unnecessarily calling her and disturbing her. unfortunately, Lucky also hears the reaction, Yug got on his phone by Kahani. 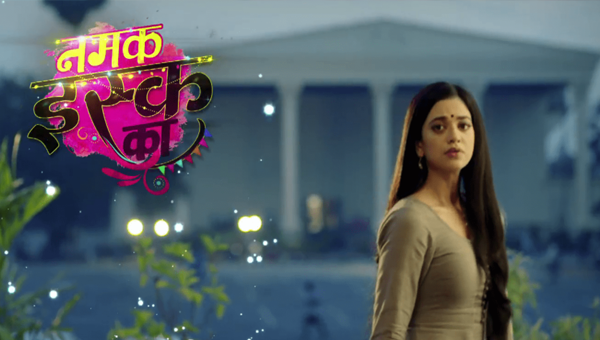 Yug sees him and tries to calm Kahani down. He tells her that he has reached to pick her siblings. He informs her that they are not believing him and are refusing to come with him so she should talk to them and convince them to accompany him. Kahani gets excited and tells Lucky that they must come with Yug as she is waiting for them here. Yug agrees but Rani is not at home right now and has gone to buy Samosas. Yug tells Lucky that they will pick Rani from the shop only.

However, Rani after seeing Yug gets scared and starts running from there. Yug and Lucky start to follow her and ask her to stop but she doesn’t. Meanwhile, Kahani enters and stops Rani. The latter gets happy seeing her sister there. Kahani tells her siblings about her marrying Yug but the kids don’t believe her. Later, Kahani and Yug remarry each other in a temple nearby just to make the kids believe.

When they all reach home, the family gets mad at them. They tell that firstly this dancer entered our sacred house and now her family is also entering. But Yug announces that everyone will stay here only. On another hand, Raunak gets happy and thinks that through the help of Rani and Lucky, he will succeed in throwing Kahani out of the house. Now it will be interesting to see what conspiracy Raunak knits against Kahani next. Check Namak Issk Ka on Colors TV at 9 PM.