Today’s episode of Barrister Babu is going to be very entertaining. It will show a shocking twist that nobody has imagined. The episode starts with a drunk Anirudh. He enters the room where Bondita is sitting on the bed completely dressed up as a bride.

She has her veil on and is expecting Anirudh aka her husband to lift it. Anirudh has lost his senses and while entering his room he is seen blabbering something. Both husband and wife are feeling sleepy. Bondita tries to stay active so that she wouldn’t fall asleep.

Meanwhile, Thakur enters. He drags an already unconscious Anirudh to the bathroom and locks him there afterward. Bondita feels something happening in the room but since her veil is covering her face, she thinks it’s Anirudh. Thakur after locking Anirudh inside the bathroom goes to Bondita. He tries to molest her. However, the wind blows and Bondita’s veil gets removed from her face. She sees Thakur there and gets scared. She screams after observing Thakur’s bad intentions. 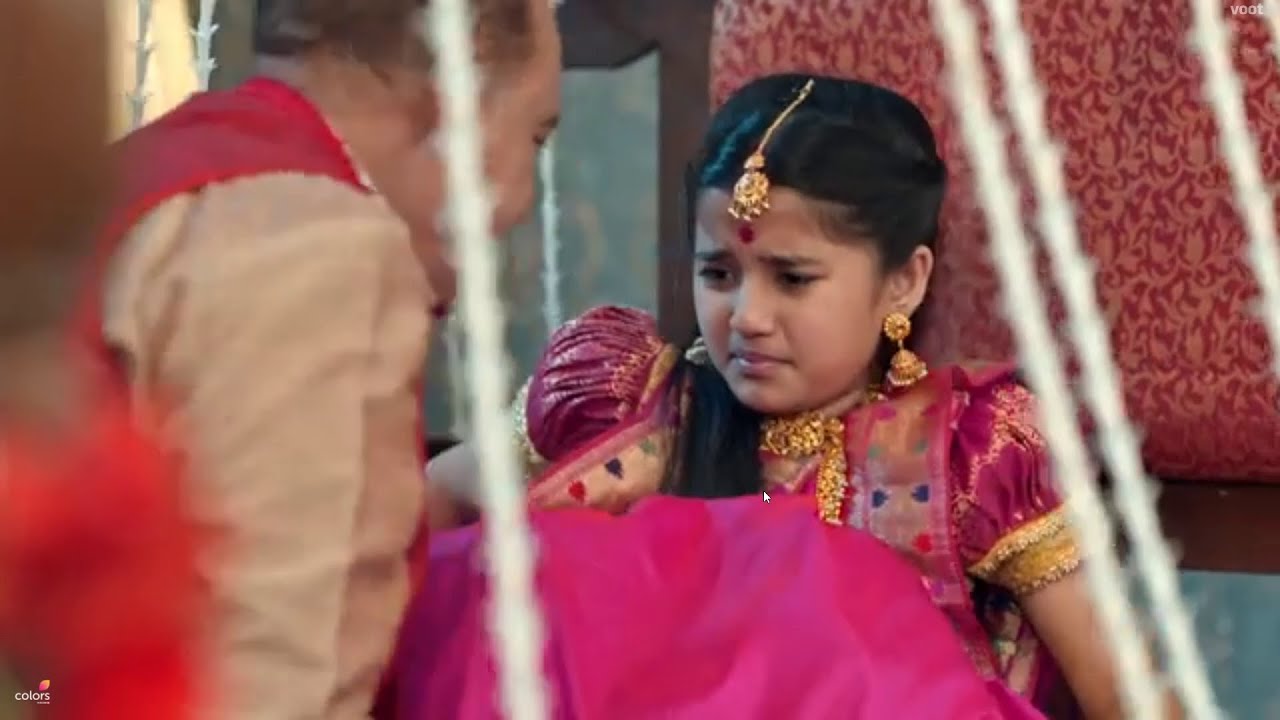 Bondita calls Anirudh’s name and asks for help. Later, Anirudh comes out of the bathroom. Anirudh tries to come in senses by splashing water on his face. He gets angry seeing Thakur there and starts beating him angrily. Anirudh takes him out of the room through his collar. After hearing the noise, all the family members gather around the hall to see what’s happening. Bondita also comes out of the room sobbing. Anirudh tells everyone that Thakur is not a human but a demon.

Anirudh further states that the evil man tried to touch Bondita inappropriately. Thakur completely refuses to accept the allegation. He tells that he has not done anything like that. Thakur clarifies that he went to Bondta’s room to make sure everything is alright or not. Bondita speaks that Thakur is lying as he did try to touch her and tells that she knows the difference between a good touch and a bad touch as Anirudh had taught her that.

Thakur accepts his mistake and challenges Anirudh to take the matter into Panchayat. He later says that it will only spoil their family reputation. Anirudh doesn’t get scared and tells Thaur that he will have to go to jail for his evil doings. Anirudh asks Bondita to do justice to which she gives a tight slap to Thakur. The written episode of Barrister Babu ends here. Watch it on Colors TV and Voot and follow us for more updates.