The upcoming episode of Barrister Babu starts with where Anirudh deliberately does such things through which he can make her understand about studies, that its a most important thing in our life. Because he wants that Bondita gives her first preference towards studies so he is knowingly creating a drama which seems that he is only taking care of Manorama, not Bondita. So that Bondita can agree to go to the hostel regarding Barrister’s study because Anirudh has a dream that she will become a Barrister in the future. 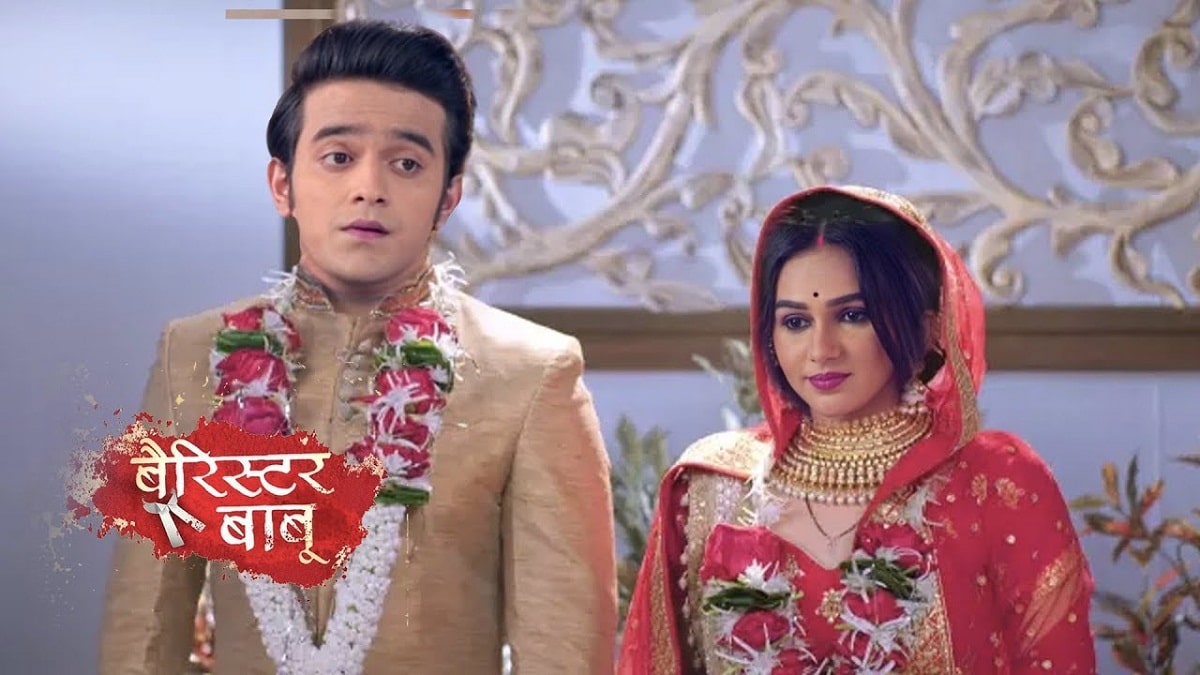 Then he tries to teach Manorama in front of Bondita he teaches her how to work on Typewriter, Bondita brings breakfast to him and meanwhile he start doing drama to teach Manorama. She arrives there and sees that Manorama is being taught by Anirudh well and she gets upset by saying that he used to do this to her, but according to the circumstances he totally changed and always gives attention to her which is not appropriate.

After that, she recalls all those moments in which they both lived together and now all situation are happening in the wrong way. She comes to Anirudh and offer him breakfast but taunts her that she got a cooker as a gift so she is utilizing that perfectly, and on the other side, Manorama got these study items so she is using them which is appreciating a lot. Anirudh appreciating Manorama by saying that she is a brilliant girl who gets to know everything early and she will definitely become the barrister.

Then Anirudh assigns the essay to Manorama and says that write it comprehensively and express your feelings in this essay. Bondita sees that Anirudh not even paying attention to her and thinks that he totally forgot her presence, she decided in her heart that she will write an essay in the very finest way which will definitely attract him. Anirudh sees a gesture on Bondita’s face and says that this way will definitely bestow her a perfect way through which her career will definitely get a track.

As everyone knows that Anirudh is doing all this to take her on the right track because in previous days she lost herself in wedding talks, which are useless for her. Because he knows that she is not mature enough and it’s her right age to focus on study and make her career so that she hadn’t to depend on anyone else in the future. He is trying his best and his plan is gradually working as well, so do not forget to watch it on Colors at 08:30 PM.