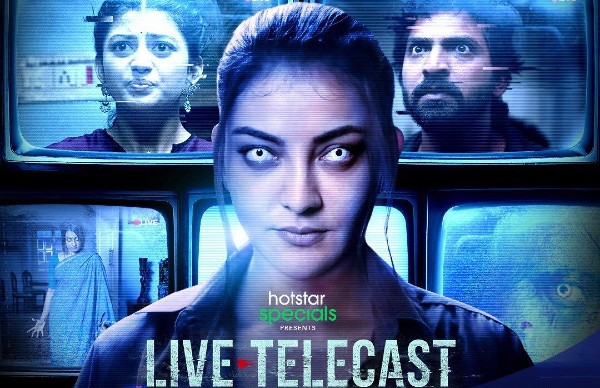 Kajal Aggarwal’s Live Telecast has released today (February 12, 2021) on Disney+ Hotstar. The Tamil web series helmed by celebrated director Venkat Prabhu has become the latest film to fall prey to piracy. Live Telecast has been leaked on Telegram and other piracy-based websites.

Interestingly, Live Telecast has been receiving mixed response from the audience. A few have also opined that the film’s theme is confusing and is only a parody version of the Tamil talk show Solvathellam Unmai, where people open about their personal and family lives to the host and audience. On the other side, Live Telecast has people sharing their paranormal experiences with the audience. The web series has music composed by Premgi Amaren, which has been garnering huge attention of the audience.

Disclaimer – english.dailynews24 does not in any way aim to promote or condone piracy. Piracy is an act of crime and is considered a serious offense under the Copyright Act of 1957. The purpose of this page is to inform the general public about theft and encourage them to stay safe from such acts. We request you not to encourage or engage in any form of piracy.