Dead to Me Season 3: The American dark comedy-drama series ‘Dead to Me’ has been officially renewed by Netflix for the third season. Here’s everything you need to know about it.

If you love dark comedy series then Dead to Me should be on your watch list. The American dark comedy series created by Liz Feldman has already completed two successful seasons. If you have binged Dead to Me Season 2, you would be wondering what will happen after that exciting cliffhanger.

At the end of Season 2, Jen (Christina Applegate) and Judy (Linda Cardellini) get injured as their car gets hit by another vehicle. The driver of the other car was Ben (James Marsden), who had entered into a romantic relationship with Jen. It would be interesting to see what happens next in Netflix’s popular dark comedy. The streaming giant has already renewed the show for a third season. Here’s is everything we know so far about Dead to Me season 3.

For all the fans looking forward to the next season, Dead to Me is returning on Netflix for season 3 which will likewise, unfortunately, be the show’s last season. here’s the most recent and all that we know so far about what we can expect going into the last season of Dead to Me season 3

Dead to Me season 3: Expected Plot 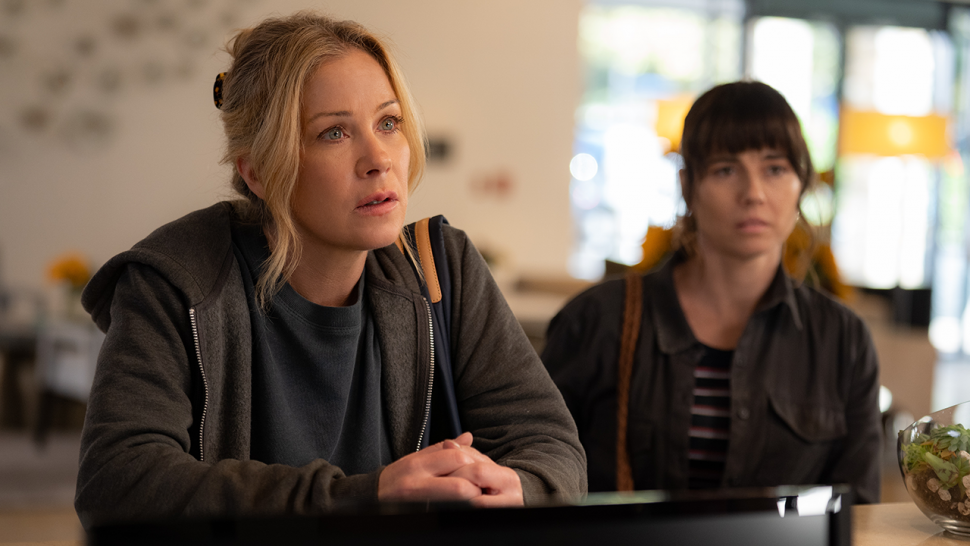 In season 3, the story will continue from season 2. All the questions left unanswered in the last season will be answered.

Ben, on his way to identify the body of his dead brother Steve, hit the car that Jen and Judy were in. Both of them are conscious but got injured. If they learn that Ben was driving the other vehicle, we can expect an awkward encounter between them. It’s unclear if Ben even realized it was Jen and Judy he hit.

After searching Judy’s room for some weed, Charlie finds the letter that his mother, Jen, had written for Judy. It’s not shown if Charlie actually read the letter, but if he has, then he will come to know about Judy’s involvement in his father’s hit-and-run death.

Once Charlie gets to know about his father’s death, he could either end up blackmailing Judy and Jen or make their life miserable.

Whatever lies ahead, one thing is assured, season 3 of the show will be as exciting as the previous two seasons. In September 2020, Feldman tweeted, “Just pitched all of @deadtome Season 3 to my partners at @Netflix and they’re excited and I’m excited and I CAN’T BELIEVE THEY’RE GONNA LET ME TELL THIS STORY.”

dline in July, Feldman revealed, “there was a certain point when we were in production on Season 2 when the end of the show came to me, pretty profoundly, so I realized, ‘I know the story that I have to tell’ and Season 3 feels like the right time to do that. It’s just something that came to me organically, and I tend to try to follow the gut feelings I have.”

On the renewal of the Dead to Me for season 3, Christina Applegate took to social media to share her ideas and thoughts regarding the last season’s saying “I will miss these ladies. But we felt that this was the best way to relate up to the story of these women. Thank you to all the fans. We will definitely be getting back to work when it is safe to do so.”

Dead to Me Season 3: Cast

It is very likely that the third season will have the main characters played by Christina Applegate (Jen) and Linda Cardellini (Judy). Many of the supporting cast like James Marsden playing the role of Ben, Steve’s semi-identical brother, will be returning as well.

In addition, there could be some additions to the star cast. But the final names are still pending confirmation. The other characters like Charlie played by Sam McCarthy, Henry played by Luke Roessler, detective Ana Perez played by Diana-Maria Riva, Nick played by Brandon Scott, Jen’s neighbour Karen played by Suzy Nakamura, Jen’s former real estate partner Christopher played by Max Jenkins, mother-in-law Lorna played by Valerie Mahaffey, and Pastor Wayne played by Keong Sim are all expected to return.

Do we have a trailer of Dead to Me Season 3?

Well, we all are eagerly waiting for the Season 3 footage or sneak pic. But, there is no official announcement for the trailer or even teaser of Dead to Me Season 3 yet from the creators. Meanwhile, you can watch the trailer of the second season right here:

Dead to Me has been honest with its delivery dates so far, having released in May for two years. As previous seasons launched in May, viewers can expect the release of the third season of the Dead to Me series in May 2021. But, it would be a simple assumption because it appears to be practically impossible as of now.

As we are all aware of the COVID-19 pandemic, the production schedule has been impacted and delayed significantly. This is the primary reason for doubtfulness on the release date of the final season in May 2021. And the second reason for the doubt is that the third season of the series was in writing till Sep 2020.

According to What’s on Netflix, Dead to Me season 3 was scheduled to start filming on Jan 11, 2021 and run through April 6, 2021. The third season of Dead to Me doesn’t have an official release date yet. It’s safe to assume that the show will miss its usual premiere date of the first week in May.

Considering that filming wraps up on time and post-production takes 4-6 months, expect season 3 to release in fall 2021. Our best estimate for ‘Dead to Me Season 3’ release would be Oct 2021.

Dead to Me is an American dark comedy TV series. It is about a powerful and strong friendship that grows between a tightly wound widow and a free spirit woman with shocking secrets. The amazing chemistry between the lead stars Linda Cardellini (Judy) and Christina Applegate (Jen) is the main highlight of the show.

The first season comprising of 10 episodes premiered on Netflix on May 3, 2019. The season was immensely showered with positive reviews. Netflix renewed the show for a second season in June 2019 which premiered on May 8, 2020. However, there is a bit of good and bad news for the fans on the upcoming season. The good news is that shortly after the launch of the second season in July 2020, the series got renewed for a third season. However, this has been confirmed to be the final season.

What is the meaning of this red line made on the...

Eye care: Try this eye mask to get rid of dark...

Weight Loss Tips: Eat these 3 things to reduce the craving...