Narappa is one of the highly anticipated Tollywood movies starring Venkatesh Daggubati. The makers have started promotional activities and have launched a trailer today. The action and revenge drama Narappa is a remake of the blockbuster drama Asuran from Dhanush.

The upcoming film, which will be supervised by Srikantha Addala, is a story about Narappa and his family and the invisible struggle of a farmer. The trailer shows Narappa going the extra mile to protect his loved ones and the pride of his family. The film highlights a unique bond between a father and a son. Venkatesh plays dual roles and the trailer shows glimpses of both the father and son characters. Shyam K Naidu’s cinematography and Mani Sharma’s BGM are highlighted 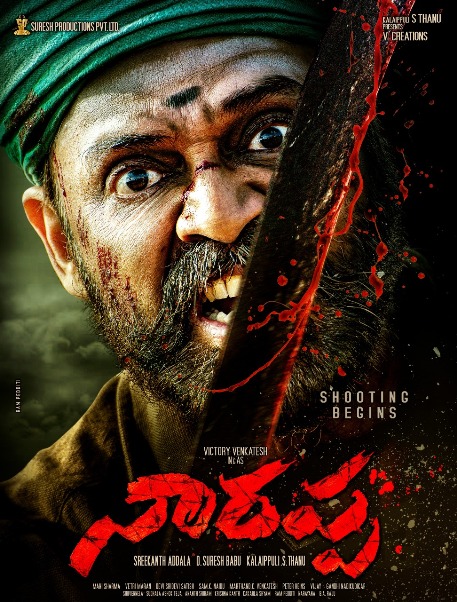 Venkatesh’s makeup and body language grab the attention of his fans. Nationally award-winning actress Priyamani plays the role of Vanky’s wife in this film.

Co-produced by Suresh Babu & Kalaippuli S Thanu, Narappa will be released on Amazon Prime in India and in 240 countries and territories on the 20th of this month.

In addition to Narappa, Venkatesh will also star in the hilarious drama F3.

Read More  Boruto Episode 206 Release Date And Time, Countdown, When Is It Coming Out?

The Suicide Squad 2 Movie Leaked for Download on Filmyzilla, Isaimini

Sehwag became a fan of this batsman, said – can replace Dhawan in the...

Know, what do the scriptures and Puranas say about girls having pits in their...

Sehwag became a fan of this batsman, said – can replace...