Maruti XL6 New Model Launch: This car got a good response ever since Maruti Suzuki launched the XL6. The car looks like an SUV and is a massive MPV with high fuel efficiency. But with the passage of time many other cars came in the market and the company felt the need to update the XL6 to compete with the rivals.

After this, now Maruti has brought many changes in XL6. A new engine, a new automatic gearbox have been added to the new model. Apart from this, many features have also been added to its interior. Let us know what else is special in the facelift version of Maruti XL6.

If we talk about the exterior look of this new version, then some changes have been made in it. At first glance, of course, it looks like the old model, but if you look closely, you will see a change. The new model gets new LED reflector headlamps at the front (with DRLs), while the wide new grille with a larger chrome bar gives a more premium look.

The faux skid plate and side cladding give an SUV-like stance. However, the most important thing is the 16-inch alloy wheels which seem to have made a big difference compared to the smaller ones earlier. You will also get smart new LED taillamps with gray finish in the rear, while new dual tone shades have also been given in it. Nexa Blue remains the best color as it gives a more premium look. The paint finish on the new model is also good and the build quality is also tough. New features added to the interior and features

The interiors of the facelifted version have a completely black theme which is different from the Ertiga but there is a new silver finish which is present on the steering wheel as well as across the dashboard. You see a big difference with the build quality in the new model. Because in this the car doors are quite hard feel as well as close with a reassuring sound.

A lot of work has also been done on the roof lining and door pads and they are of better quality. Along with a new infotainment system, the new version gets a 7-inch touch screen which is a big leap in terms of features over the old model. We feel that the size of the touchscreen is too small, but the interface and touch response are much better. There is no doubt that along with the 360 ​​degree view camera, many new features also make it special.

Apart from this, ventilated cooled seats, connected car technology has been added which you can take on remote access through smartphone app and smartwatch. Premium features like ambient lighting, tire pressure monitoring system, telescopic steering, four airbags (driver, co-driver and front seat side), Hill Hold Assist (HHA) with Electronic Stability Program (ESP) have also been added to the new model. . Though we were expecting 6 airbags / more USB ports, other than that the rest of the features are pretty cool. how is the space

You buy an MPV keeping the space in mind and that is what you get with the XL6. This car has been given a 6-seater layout with an individual captain seat. The leatherette upholstery in the car is quite soft and plush, while the second row offers plenty of space with excellent headroom. At the same time, the car is also the best in terms of legroom. You get a lot of space here too. You can also recline and adjust the seats. Even the third row seats can be tilted. However, there is no sunroof in it. Roof mounted vents with 3 phase control can prove to be very effective in high heat. 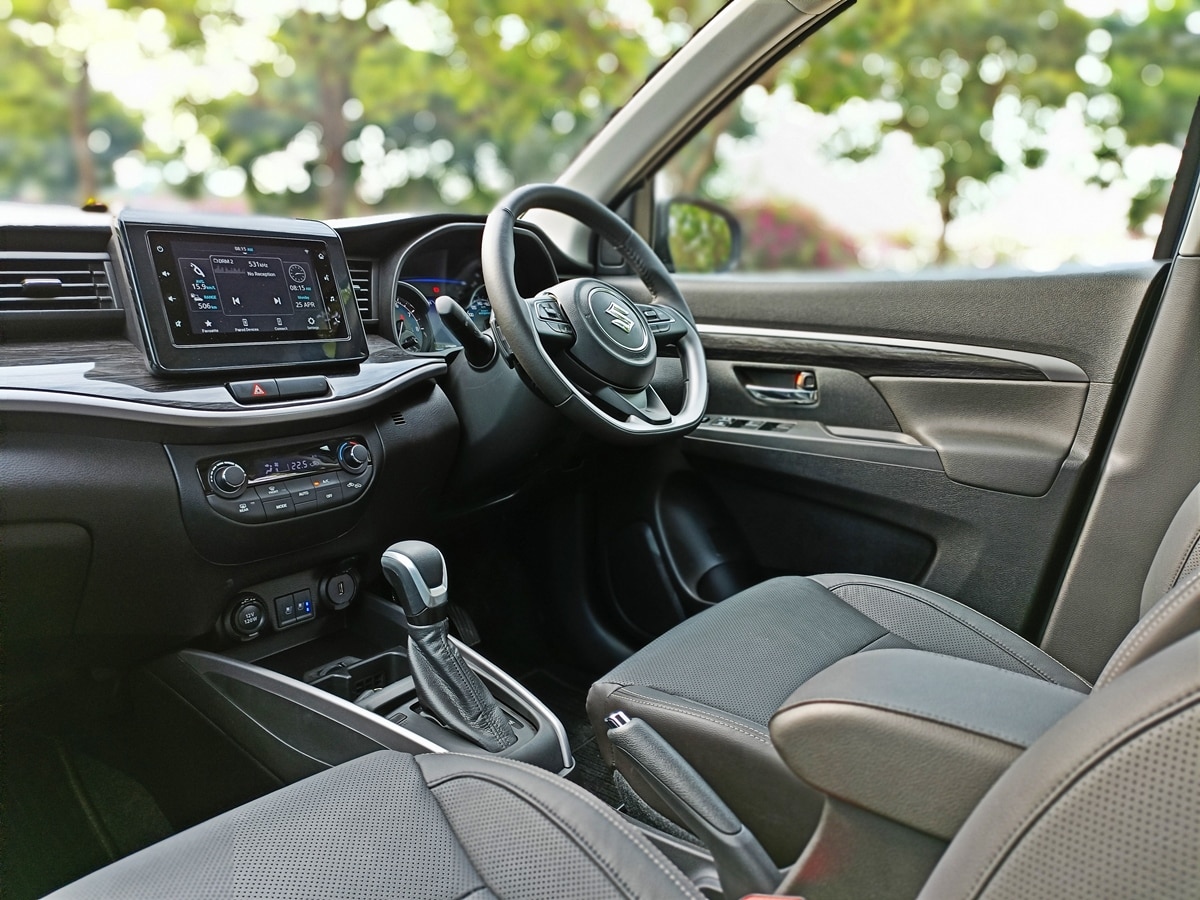 The XL6 only came with a petrol engine, which continues to be the case. But in the new model, it has been made a 1.5L unit with 103bhp / 137Nm. The new petrol engine being a smart hybrid comes with DualJet technology which means it comes with an idle start/stop system. Along with the 5-speed manual, a 6-speed automatic has been introduced, which makes a big difference in the driving experience. You have also been given paddle shifters in the new model. The engine remains quiet and smooth at low speeds. Also its light steering makes it easier to drive on tight roads or in heavy traffic.

Good ground clearance and compliant suspension make it a perfect compact like an MPV. Engine works best when running at low speed. The 6-speed automatic gearbox gives high speed, so now driving it on the highway gives a great experience. The XL6 remains more stable even at high speeds. The gearbox has been fine-tuned with the rest of the car and feels quite smooth, while sudden hard driving highlights the lack of torque. The smoothness and refinement of the motor is impressive. We got a decent mileage of 16/17 kmpl in this car, which is impressive. Overall, you will not find a better fuel efficient automatic petrol MPV than this. 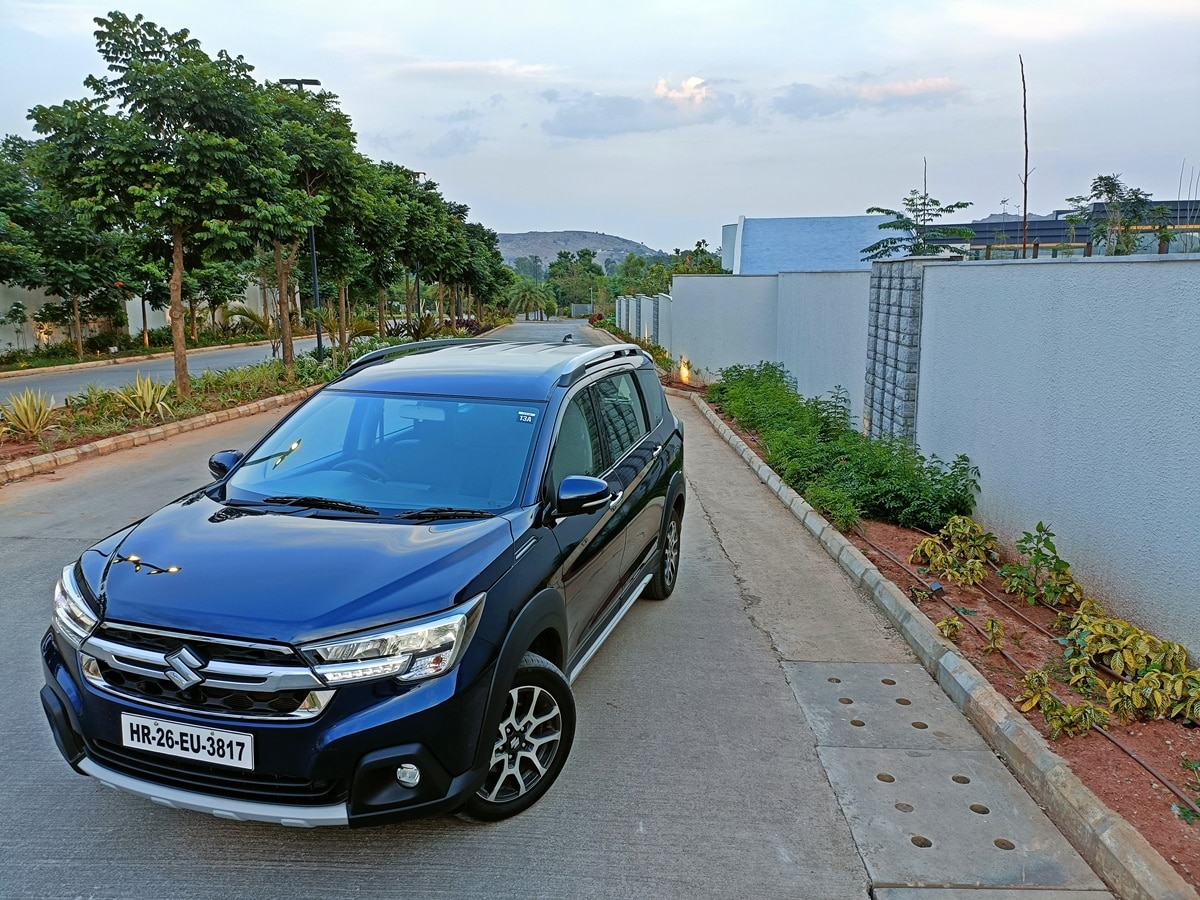 should you take it

If you compare the prices of its old model and the new model, then it has increased significantly. Its starting price has now been kept at Rs 11.2 lakh, while the price of the top-end model is Rs 14.55 lakh. However, it is still competitively priced as compared to the rivals even though more features have been added to it now than before. Apart from this, the new engine, better build quality and efficiency make it an attractive car.

what we liked in the car

These models of Hero Splendor have been discontinued