The list of lovers of late actress Sridevi’s daughter Janhvi Kapoor is very long. Even though Jahnavi has not done many films yet, the actress still reigns in the hearts of fans. Jahnavi started his career with the film Dhadak. The actress keeps sharing her photos for fans. Recently Jahnavi Kapoor has made everyone crazy with his bold acts. Even though Jahnavi could not find the place that her mother Sridevi had found. 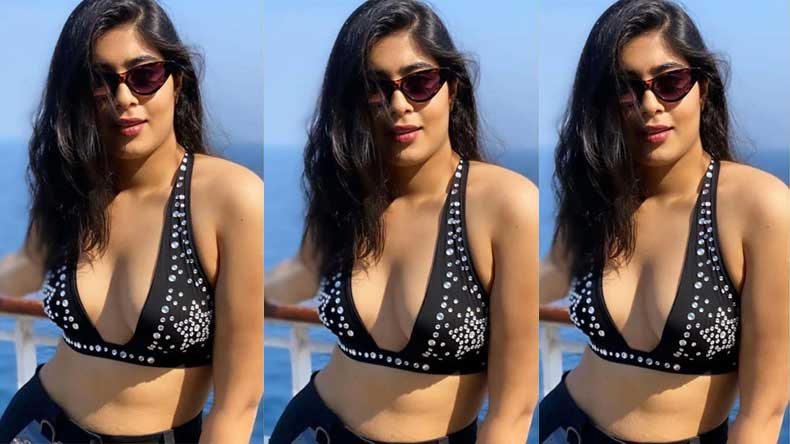 But the way the actresses are working hard, the fans hope that she will definitely become a superstar. Recently Jahnavi Kapoor shared her hot photos of Maldives. Coronovirus outbreaks in the country are increasing rapidly. So many Bollywood celebs are also falling victim to this epidemic. Many celebs are reaching Maldives for holiday away from Mumbai. Bollywood actress Jahnavi Kapoor is also included in this list. The actress has now reached Maldives with her friends.

She often gives it a simple look. Fans have gone mad after seeing the bold look of Jahnavi. Fans are praising the actress by commenting on her pictures. On reaching Maldives recently, Jahnavi Kapoor shared some of her pictures on social media. Jahnavi Kapoor has reached Maldives with her friends. Many stars have visited Maldives in the last few days. These stars include Dia Mirza, Bipasha Basu-Karan Singh Grover, Shilpa Shetty, Sara Ali Khan, Neha Dhupia, Shraddha Kapoor.