Tonight’s episode of Bigg Boss 14 starts with where Bigg Boss arranges the get together of the contestant’s couple or love one’s. Where Bigg Boss arranges Valentine’s special evening and he calls Abhinav Shukla and he arranges the party and Both meet each other. Then Abhinav again proposes to Rubina Dilaik and she also replies to him. When she sees Abhinav Shukla she gets happy, Then Rubina says that she is missing him a lot and they both spend some quality time with each other. In short, the episode will make you feel love for them.

Then Abhinav Shukla asks that does she want to marry him again then she says yes, Then Abhinav says that Bigg Boss helped them a lot. Then Rubina says that Bigg Boss made them capable to understand each other, and through that, they got the strength as well. Then they both dance and as everyone knows that Rubina also said that they both were about to take the divorce from each other, and the reason behind the part of Bigg Boss is that they both wanted to give some time to each other. 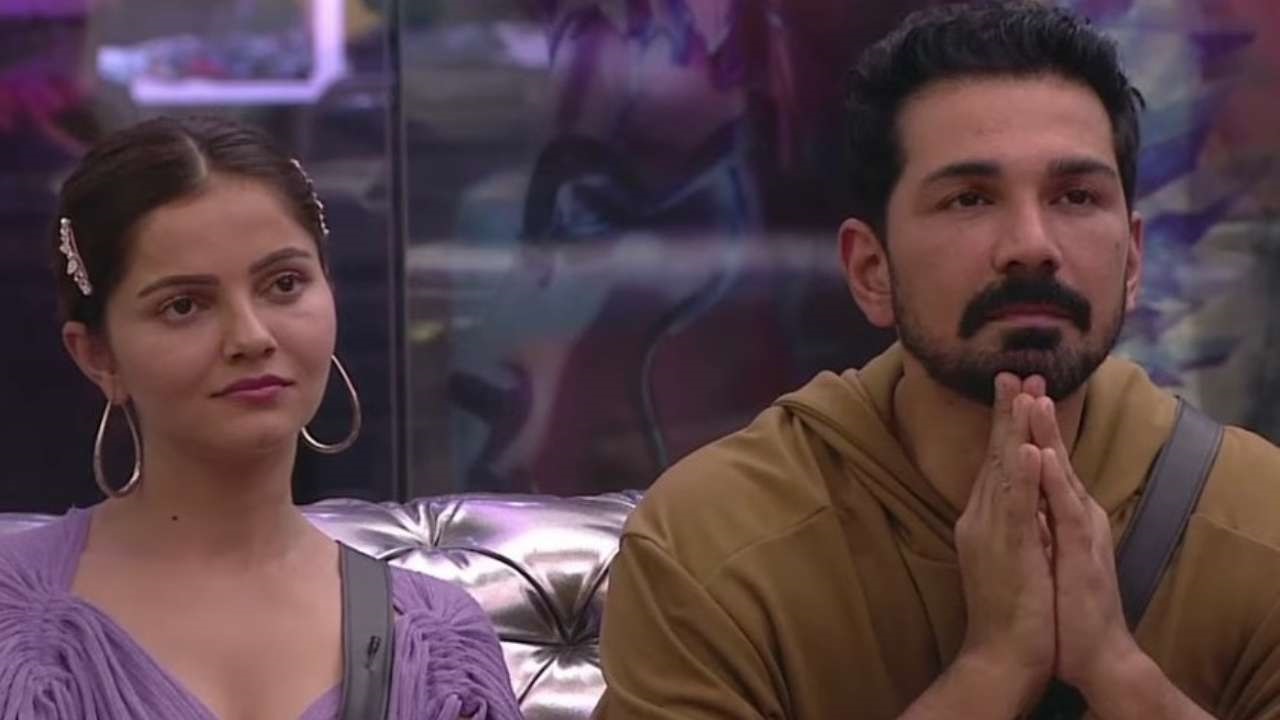 After that, You will watch the soft side of Rakhi Sawant where she says in Camera to Ritesh who is her husband. That they both did not celebrate Valentine with each other at all, then she says to him that happy Valentine’s day. Then she says that whether is staying anywhere in the entire world but she is wishing him. Then she starts to entertain where she goes to dummy head which located in the Bigg Boss house ground. Then she starts to apply the oil to their head and she says that he got bald and now he has to complete 100 seasons of Bigg Boss.

In the previous season of it as we could watch that Bigg Boss called a few RJ Radio Jockey. So that through them all housemates can directly send their feelings to the audience, then they came inside the house. Then RJ starts the Rapid fire round in which all housemates were to answer them. All the question which asked by the RJ that all related with a house like one of the RJ asks to them that when the season started. Then which area was under Hina Khan then Nikki replies to him.

Then The RJ said to Rahul that he should sing the songs to all housemates according to their personality. Then he sigs a lot of songs in which they appreciated him, he sang “Yaari hai Imaan” for Aly Goni because he is the best friend of Rahul. Then he has sung the “Jaadu Teri Nazar” song for Rubina and they both dance to that song then RJ said that it is the miracle that they both danced with each other, and then RJ Salil came and he also asked them the same like Rapid Fire and questioning round.